Diamod®, a dynamic gastrointestinal simulation for in vitro testing of drugs

The Diamod® system is a cutting-edge technology for biorelevant in vitro analysis of the bioavailability and pharmacokinetics of small molecule drugs, especially to measure dissolution and permeation of poorly soluble but permeable (BCS-class II) compounds.

By design, the Diamod® recreates the physical interconnection of the dissolution and permeation processes by fully reproducing the dynamic environment of the upper gastrointestinal compartments. Unlike other models, the Diamod® is able to dynamically simulate all factors influencing dissolution and permeation in function of time (including pH, flux rates, secretions and concentrations of enzymes, and the concentration of the drug), reflecting the biological complexity of the in vivo gastrointestinal tract. The Diamod® simulator reproduces dissolution and online permeation of substances from the lumen of the small intestine to the sink compartments (blood stream).

Increased dissolution of an API does not always translate into improved bioavailability. This is due to the so-called solubility-permeability interplay[1]. Any chemical compound in the small intestine can be present in the molecularly soluble form, but can precipitate in a solid state, or be apparently soluble in colloidal or micellar-entrapped forms (e.g. bound to cyclodextrins or complexed with bile acids). The change from one form to the other happens with complex kinetics that are difficult to predict. In transcellular permeation, only the molecularly soluble portion of the API can permeate into the sink (blood) fraction, the process which is simulated in the Diamod®. ProDigest scientists, reproducing several in vivo studies, have shown that in the Diamod® such mechanisms are simulated with high fidelity, leading to permeation data consistent with those observed in humans. This is possible just because in the Diamod® both dissolution and permeation happen in the same physical compartment, leading to a biorelevance of the system which is unique in its category, and makes the Diamod® an innovative and powerful addition to the biopharmaceutics toolkit.

Thanks to the dissolution and permeation feature, the Diamod® can simulate food effects on drug absorption which are normally excluded from a conventional in vitro simulation. In addition, the model can be modified to simulate disease conditions, generating pharmacokinetic data for specific disease populations.

Correlation between published clinical PK data and in vitro Diamod® data (in vivo–in vitro correlation) is superior to other in vitro simulators, reaching sometimes values > 90%, making the Diamod® an excellent technology to speed up biopharmaceutical risk assessment, formulation prototype development, study of food effects or for solving PK and manufacturing challenges.

Validation example: ItraconazoleIn one of the validation studies, the dissolution and permeation of Itraconazole liquid formulation Sporanox®

In this product, the API is dissolved through the addition of cyclodextrin. The solubilizing effect of cyclodextrin on Itraconazole is not linear relative to concentration, thus the dilution of cyclodextrin leads to a fast precipitation of the drug. This is why, initially, it was suggested to patients to assume the sirup without drinking any water for the following hour. In a small clinical study, Berben et al.[2] demonstrated that the assumption of water together with Sporanox®, on the contrary, has no influence on the circulating levels of itraconazole after administration. This is explained by the fact that, even though the solute fraction of itraconazole in the duodenum after co-administration of water is in fact severely reduced, most of the undiluted product in the duodenum is complexed by cyclodextrin and cannot permeate.

In the Diamod® we repeated administration, with and without the addition of 240 mL of water and observed both the same dynamics in the duodenal lumen and the same effect in the permeated fraction.

The chart (Figure 2) shows that the conventional, static permeation models predict a huge difference in itraconazole bioavailability between administration of Sporanox® alone or the co-administration with water, while this is not observed in vivo. Instead, the level measured with the Diamod® is clearly similar to the in vivo data obtained by Berben. This demonstrates the ability of the Diamod® system, thanks to its interconnected dissolution and permeation, to distinguish between apparent and molecular solubility, and to predict the bioavailable fraction in a correct way, compared to conventional devices. Such data could have been a much better input, for instance for PBPK modelling.

“With Diamod® we get better insights than with in vivo studies, because we can monitor the behavior of our drug not only in plasma, but also in the GIT lumen”

“When we perform a clinical study, we dose healthy volunteers. But we have no idea of how our drug will perform in the target patient population. With Diamod® we can tweak parameters and simulate, for instance, hypochlorhydria”

“With Diamod® cycles of development have significantly improved. We get results in a couple of weeks, instead of a couple of months. And costs are so much lower…” 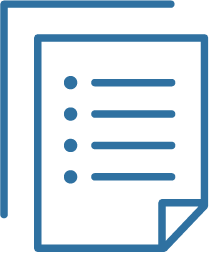